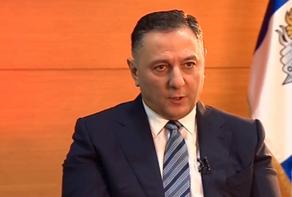 Georgian Interior Minister said that investigation starts with perpetrators, implying that the organizers of the 5 July assault will also be punished.

Gomelauri said that, among other charges, the charge of encouraging violence would also be filed.

''We have searched 18 people and seized numerous items, including equipment. These items need to be processed. We have interrogated these people, with more yet to be questioned,'' he said, adding that five people have been detained over cameraman Lekso Lashkarava's murder.

Gomelauri stressed that they are still working, and it goes without saying more will be detained.