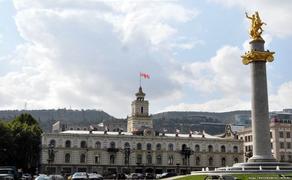 An investigation launched into a physical altercation at Tbilisi City Assembly.

According to the Ministry of Internal Affairs, the investigation launched under Article 126 of the Criminal Code of Georgia.

There was a noise in the Tbilisi City Assembly at a joint session of the Commission on Sport, Education, and Auditing. The conflict between Levan Khabeishvili, the member of the National Movement, and the majority of the City Council left Khabeishvili injured.

Members of the majority say Levan Khabeishvili insulted them, for which he received a response.