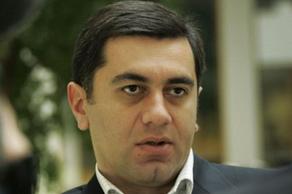 Irakli Okruashvili, the former Defense Minister of Georgia and the leader of the Victorious Georgia dismissed his lawyers.

Okruashvili filed the motion in today's trial from prison. In his statement he demanded Mamuka Chabashvili and Bondo Vatiashvili to be dismissed.

Okruashvili demanded a reasonable time to appoint a new lawyer.

Report.ge spoke to Mamuka Chabashvili, a former lawyer of Okruashvili, who said his client made the statement on the basis of an agreement with him.

“This is his defense strategy. I can only say that. I talked to him and only than he made the statement",Chabashvili said.

Irakli Okruashvili was arrested on July 25 in connection with the events of June 20-21.