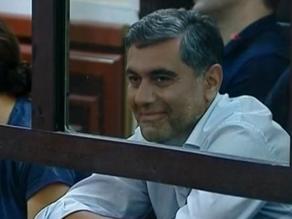 The investigation accuses Irakli Okruashvili of crimes under Article 225, Parts 1 and 2 of the Criminal Code of Georgia on June 20-21, which includes organizing, leading, or participating in mass violence.

According to the court decision, Irakli Okruashvili got acquitted in the part of the leadership of the group violence; however, he was found guilty of participating in group violence.

Irakli Okruashvili got charged in another case as well.

The investigation accuses him of abusing his authority over Buta Robakidze and his entourage on November 24, 2004. At that time, Irakli Okruashvili was the Minister of Internal Affairs.