Item found in Tamar Bachaliashvili's car to be examined 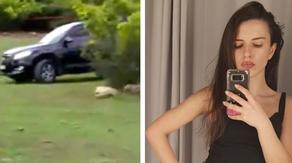 The memory card found in Tamar Bachaliashvili's car will be examined.

According to Mikheil Ramishvili, the family lawyer of the 23-year-old programmer, this is not the card that the family has been talking about lately, and according to them, Tamar kept important information on the given card.

According to the lawyer, the internet modem, which got removed from Bachaliashvili's house, will also undergo an examination.

"A flash drive has been found in the car so far, not the one that Tamar had on the key. Besides, some equipment and many items have been taken from the family. Examinations will not be conducted without my presence," Mikheil Ramishvili said.

Bachaliashvili's car got examined on August 31, after which Jumber Bachaliashvili said that Tamar had a memory card on the car key, which she always carried with her, and there probably was important information on that card.

The card that Jumber Bachaliashvili was talking about could not be found in the car.