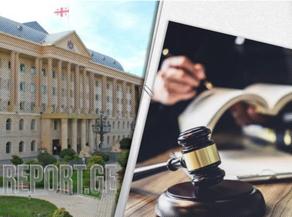 The Tbilisi City Court has applied remand detention against two juveniles accused of killing a 15-year-old and concealing the crime.

The judge met prosecutor Levan Vepkhvadze's motion as the risk of the defendants committing another crime, influencing witnesses, or hiding existed.

A 15-year-old was killed in Sanzona, Nadzaladevi District, Tbilisi on Dec.4. The MIA detained two juveniles following the murder.