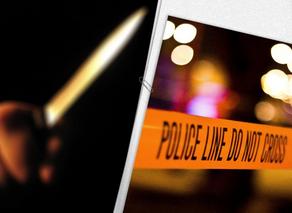 A woman, 28, has been brutally murdered and a man, 40, wounded in a farm in the Telavi municipality, the Kakheti region.

Diana Parsadanovi sustained multiple injuries and died on the spot, while wounded Kvicha Ergemlidze was hospitalized. Doctors say his health condition is critical but stable.

The suspect reportedly fled the scene, but the police managed to detain him shortly after the crime was comitted.

The MIA says that a verbal altercation preceded the murder, which was committed late at night and had no witnesses.

Reports fly that wounded Kvicha Ergemlidze and detainee Jarji Arabuli were involved in a conflict; the young woman tried to break off the fight and was killed while attempting to do so. The offender stabbed her multiple times.

The investigation of the case is in progress.