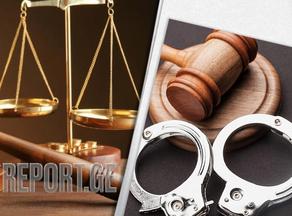 The Gori regional Court has issued detention on remand decision as a restrictive measure against Giorgi Menabdishvili, who has been charged with taking two hostages in the Kaspi municipality.

The detainee has pleaded not guilty, and Ketevan Gagloeva, the public defender pursuing his interests, says that she will file a complaint against the decision in court.

On Jan 15, MIA employees detained Giorgi Menabdishvili (DOB 1993), who took two hostages by threatening them with a hunting rifle at an enterprise in the Kaspi municipality.

Perpetrators of similar offenses face from 9 to 14 years of jail time.