Labor Inspection: 23 facilities fined and 8 closed in the last 72 hours 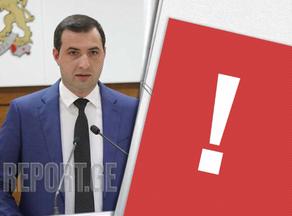 According to the head of the Labor Inspection Service, Beka Peradze, several hundred facilities were inspected during the last 72 hours, of which 23 were fined, including 11 legal entities and 12 individuals.

According to him, eight objects were sealed.

On August 9, according to the decision made by the Coordinating Council, catering facilities or various ritual halls for hosting weddings, anniversaries, and similar events would be fined for the first time by GEL 10 thousand and for the repeated action, the mentioned places would be sealed.