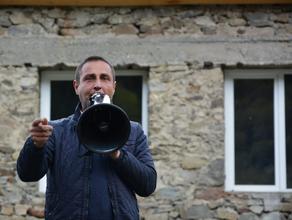 The Tbilisi City Court has imposed GEL 3,000 fine upon Lasha Chkartishvili, who has been detained on January 3 at the protest rally by the Shecvale (change) Youth Movement, at which the police clashed with activists.

Demonstrators planned to place June 20 rally photos near the attractions for children; however, the police hampered them from doing so; this was followed by a minor verbal and physical altercation.

Mr. Chkartishvili has been apprehended over minor hooliganism and failure to obey a police order.