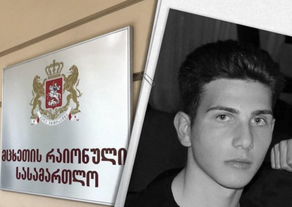 In the Mtskheta regional court, a court trial of minors charged with late young footballer Giorgi Shakarashvili's murder has been rescheduled and is now set to be held on Sept 15.

The lawyers demand that the court neglect the testimonies of some witnesses as they have been repeatedly changed.

The parties will present motions at the next meeting requiring that the court discuss the mentioned evidence.

The prosecution requests that some witnesses' testimonies be omitted from the case as they define this evidence as out of context.

After discussing the motions, the judge will make the corresponding decision.