Lawyer Basilaia: This is punishment imposed for crime not committed

Lawyer Basilaia: This is punishment imposed for crime not committed 4 October, 2021  18:28 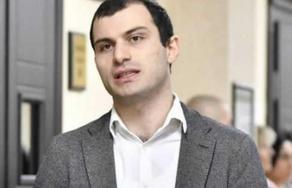 According to lawyer Beka Basilaia, Elguja Tsomaia, in whose apartment ex-president Mikheil Saakashvili lived in the Sanzona district, has not committed an offense.

In the lawyer's words, the 63-year-old man was jailed only because he hosted Saakashvili. "This is the punishment imposed for a crime not committed,'' the lawyer said, adding that hiding an offender is not an offense.

However, prosecutor Levan Vepkhvadze claims that Mr. Tsomaia was jailed on a fair basis. According to him, there was the possibility that they might have influenced witnesses and the defendant might have attempted to hide.

The Tbilisi City Court has sent Elguja Tsomaia, who hosted Mikheil Saakashvili in his apartment, to jail.