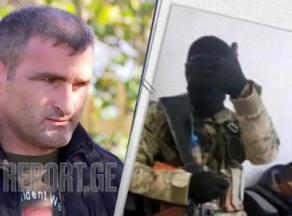 The criminal case of Bidzina Esebua has been separated from the criminal case of his brother Badri Esebua, accused of the armed attack on the Bank of Georgia in Zugdidi on October 21 last year, and these cases are considered as separate proceedings.

The defense submitted the motion. According to the defendant's lawyer, Soso Janashia, one month was not enough for the defense to obtain evidence.

According to him, a motion to review the preventive measure was also filed at the trial, but the court did not consider this motion and left Bidzina Esebua in custody.

According to the Ministry of Internal Affairs, the armed attacker at the Bank of Georgia has been identified, and he is Badri Esebua, born in 1988.

Relevant investigative actions to determine the whereabouts of Badri Esebua are ongoing.

The case of the attack on the "Bank of Georgia" is underway under the article of terrorism.