Lawyer of the juvenile: We did not expect the charges to be aggravated 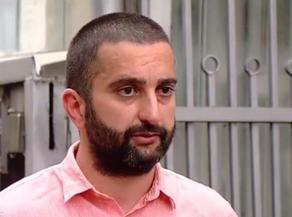 "We did not expect the charges to be aggravated," Giorgi Gelkhauri, the lawyer of Z.Kh., a juvenile arrested in the case of Shakarashvili, said before entering the penitentiary institution.

"There was no evidence for the charges to be aggravated. Investigators called us and told us that charges should be filed. We came. Hopefully, they will show evidence, which was the reason behind the decision. According to the testimonies and the case file, there was no such evidence. The circumstance that someone blocked Shakarashvili's path is not true, Z.Kh. and Vasil Makharadze had nothing to do with Shakarashvili's death," Gelkhauri said.

According to the prosecutor's office, the persons mentioned above severely beat Giorgi Shakarashvili on the bank of Aragvi and threw him into the water, as a result of which he died.