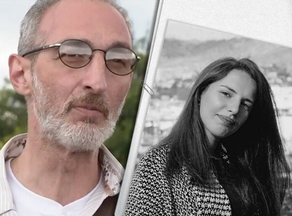 According to lawyer Mikheil Ramishvili, the State Security Service (SSS) staff member who, during the police interrogation, described his relationship with late Tamar Bachaliashvili in detail has contacted him.

In Ramishvili's words, he also has lots of information on Bachana Lobzhanidze, the deceased programmer's alleged boyfriend.

"The SSS employee who, during the interrogation, meticulously described his relationship with Tamar Bachaliashvili, has contacted me. He said that he gave flash drives and instructions to Bachaliashvili years ago. This person specialized in the same field as Bachaliashvili," Ramishvili said, adding that he also contacted Bachana Lobzhanidze yesterday, told him this person's name, and today, they planned to meet. However, per the lawyer, Lobzhanidze's mobile phone has been unreachable all day long.