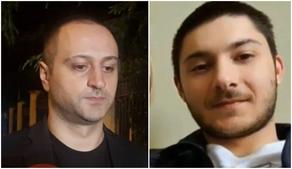 Giorgi Antadze, the lawyer of businessman Gogi Topadze's grandson Levan Topadze, says that his client had not seen whether assailant Busa Zhvania had a knife or any other weapon during a physical altercation.

In his words, Levan Topadze did not know Zhvania well, and when they had a phone conversation, they verbally abused each other, but he did not know that this would grow into physical confrontation.