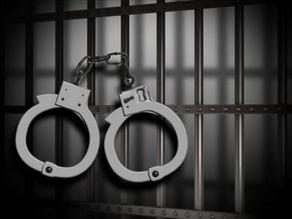 Giorgi Okinashvili, 28, who was charged with murdering his father and grandfather in the village of Mukhrani, the Mtskheta municipality, has been apprehended.

The MIA will issue a statement on this case later.

The offender was released from prison ten days ago. He is previously convicted and has been behind bars for 14 years. Locals say that he was arrested after raping and killing a young woman.

After being freed, Okinashvili, allegedly sought vengeance against his grandfather, who he accused of subjecting his mother to sexual abuse, and his father, who he blamed for his imprisonment.

The investigation is underway, with the offender facing the charges of intentional homicide under aggravated circumstances.