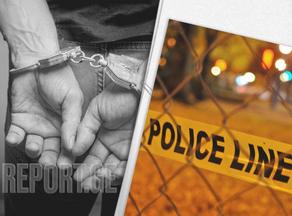 Law Enforcement Officers have arrested a man, known only as K.G. (DOB 1975), in the Duisi village, the Akhmeta municipality.

Investigators determined that on Jan 17, the detainee stabbed to death his fellow villager, identified only as I.K. (DOB 1979), and fled the crime scene.

Police officers detained the offender in the Pankisi gorge.

The investigation of the crime is in progress. Perpetrators of similar offenses are sent to jail from 7 to 15 years.