Man convicted of murdering journalist Georgy Gongadze may be freed 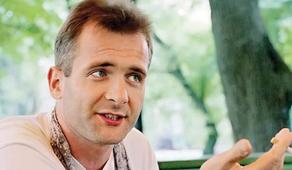 High official at the Ministry of Internal Affairs of Ukraine Alexei Pukach, who has been accused of murdering Ukrainian journalist of Georgian origin Georgy Gongadze, may be freed. In 2013, Pukach was sentenced to life imprisonment.

66-year-old Pukach has changed his testimony several times and requires to file an appeal of his sentence at the Court of Appeals. Earlier he claimed that former Ukrainian President Leonid Kuchma should be imprisoned together with him.

In 2018, in view of the new legislation, in accordance of which one pretrial detention day equals to two days at a law enforcement institution, the lawyers required to reduce the length of Pukach’s jail sentence.

At present, in the event that the Court of Cessation approves the defendant’s appeal, he may be released.

The court trial has been scheduled for October 9.