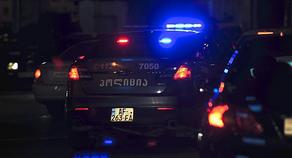 One person has been arrested for wounding a police officer in the Kakheti region, Georgia.

“An investigation established that the man, identified only as K.N., injured a police officer when he was on duty,’’ Georgia’s Interior Ministry reports.

The detainee faces four to seven years in jail.