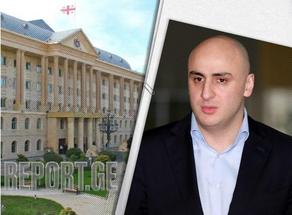 The trial of Nika Melia, the chairperson of the United National Movement, will be held at 16:00. At the hearing, the judge is to consider the motion of the prosecution. The investigating agency addressed the city court yesterday.

Judge Nino Chakhnashvili will consider the motion to change the measure of restraint imposed on Melia.

According to the defendant's lawyers, they intend to state at the hearing that Nika Melia should be released without any restraining order, because in their estimation, Melia is in illegal detention. The lawyer Dimitri Sadzaglishvili said that Nika Melia would not attend today's hearing either, as he was expelled from the trial by the judge during the hearing.

The mediator between the Foundation and the State Treasury was the Young Lawyers Association.