MIA releases a statement: We are publishing this due to high public interest 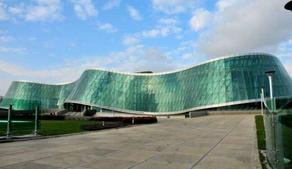 The Ministry of Internal Affairs responds to media reports that Russian journalist Vladimir Pozner and his guests visiting Georgia have not been fined. According to the agency, the mentioned information is not valid.

In order to prove that Pozner and his accomplices were fined, the Ministry of Internal Affairs publishes a receipt of the fine.

"Misinformation is spread by various media outlets that those who visited Georgia on March 31 of this year, who violated the rules of isolation and quarantine, were not fined.

Due to the high public interest, we publish the receipt of the administrative fine, and here, we clarify once again that for violating the rules of isolation and quarantine the employees of the Patrol Police Department, fined 32 people following Article 42 (10) of the Code of Administrative Offenses. Those fined paid the amount, and then they left the country," the statement said.

Vladimir Pozner and his guests left Georgia on a charter flight earlier than planned.

Police fined a Russian journalist and 31 of his guests for violating the isolation and quarantine rules.

Vladimir Pozner arrived in Georgia to celebrate his birthday.

A protest followed the visit of the Russian journalist to Tbilisi.

Adjara Group owns The Rooms Hotel, where Pozner and his guests decided to stay; they published a statement and noted that they shared the spirit of the protest and condemned the occupation.

The Ministry of Internal Affairs states that Vladimir Pozner is a citizen of America and has not violated the law on occupation.

The hotel, Vinotel, where Vladimir Pozner and his friends had dinner, was fined by GEL 10,000 by the Labor Inspectorate.

Vladimir Pozner and his guests left the hotel through a police cordon.

Eggs were thrown at the Rooms Hotel, where Russian journalist Vladimir Pozner and his guests were staying.

Russian TV presenter Vladimir Pozner, who returned to Moscow, denies the information that he was fined for violating the restrictions rules in Georgia.