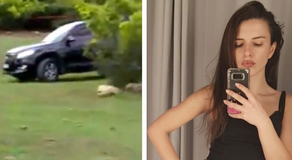 Tamar Bachaliashvili's body has no injuries, Mamuka Chelidze, the Director of the Criminal Police Department, stated at the briefing.

According to him, the examination of the body did not reveal any injuries on the body of the deceased.

"At first glance, the body has no mechanical injuries, such as wounds from a cold weapon and a firearm," Mamuka Chelidze said.

According to him, it was established that before her death, Bachaliashvili bought medicines in one of the pharmacies.

The body of 23-year-old Tamar Bachaliashvili, who disappeared from Ponichali, was found in her car in Tetritskaro forest yesterday, four days later.