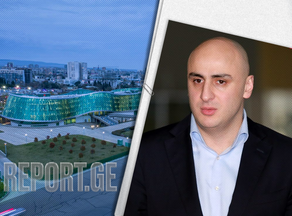 The Ministry of Internal Affairs is responding to the detention of Nika Melia as a measure of restraint.

"The decision of Tbilisi City Court Judge - Nino Chakhnashvili announced on February 17 of the current year to use the norm of detention against Nikanor Melia became known to the public the execution of which has been entrusted to the Ministry of Internal Affairs.

According to the Georgian Constitution, court decisions are obligatory to all citizens.

Non-compliance with the court decision or obstruction of its execution is punishable by law.

Ministry of Internal Affairs would like to call on political party representatives and their supporters to protest peacefully, refrain from violent actions, and not obstruct the police representatives in the execution of the court decision.

Police will instantly foil any attempted fact at violence, and each person violating public order will be held accountable with the full force of the law," reads the statement.