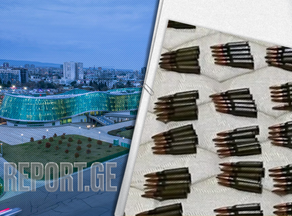 According to them, law enforcers have arrested three people convicted in the past.

The offenses carry a maximum sentence of 3 to 7 years in prison.

Investigation on the facts of illegal purchase, storage, and carrying of firearms and ammunition is underway under the 3rd and 4th parts of Article 236 of the Criminal Code of Georgia," the information mentions.