Mikheil Ramishvili: Publishing these shots may be a big mistake for me - PHOTO

Mikheil Ramishvili: Publishing these shots may be a big mistake 9 September, 2020  10:41 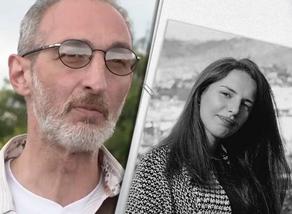 Tamar Bachaliashvili's family lawyer, Mikheil Ramishvili, said he had received satellite footage showing that Bachaliashvili's car was not parked in the forest on July 19 and 20, where she was later found.

According to him, it was cloudy weather between 18, 21, and 22. Therefore, it is difficult to determine whether the car was there or not.

"I said this from the very beginning that there was no car parked there. It means that Tamar's car was brought there. I just got a message when I left the Prosecutor's office, just recently and this footage has not been with me for a long time. Publishing these shots may turn out to be a big mistake for me. But I decided so, and I would be responsible for that," Mikheil Ramishvili told TV Channel Formula.

Mikheil Ramishvili said today, after leaving the Prosecutor's office, that the investigation is now working on a version of the murder.