Mikheil Ramishvili: The prosecutor's office is trying to establish that I falsified the evidence 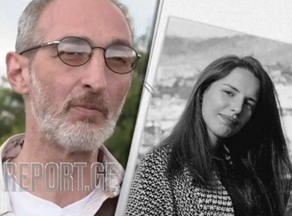 "The investigation has closed the case that was under investigation, and now they are trying to investigate the case of Mari Sharashidze; they want to find the facts that will prove that I did falsify the evidence for me to drop the case," Tamar Bachaliashvili's lawyer Mikheil Ramishvili told Report.ge.

According to Ramishvili, in a few days, Teona Tamazashvili will be interrogated in the presence of a magistrate judge at the Prosecutor's Office.

"Yesterday, the prosecutor's office wanted to interrogate Teona Tamazashvili on the issue of a new witness in the case, Mari Sharashidze. We have refused to do so because we will testify only in the presence of a magistrate judge.

As for taking the case to Strasbourg, we have already started working on this issue and will take it soon," Mikheil Ramishvili told Report.ge.

A new figure appeared in the case of Tamar Bachaliashvili's death, who claimed that Tamar had asked her to take care of her mother if something happened to her.

According to the family lawyer, Mikheil Ramishvili, the new figure in the case of Tamar Bachaliashvili is being pressured and intimidated by the law enforcers.

23-year-old Tamar Bachaliashvili, who disappeared from Ponichala, was found dead in her car in Tetritskaro on July 22, 4 days later.