Mikheil Saakashvili's judge: You will both be fined 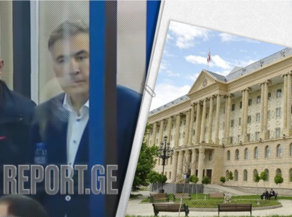 The trial of the third president of Georgia is being held at Tbilisi City Court today. A verbal confrontation at the court hearing was followed by a reply from Prosecutor Lasha Kotrikadze, who stopped Mikheil Saakashvili from speaking.

The judge of the court, Maia Kokiashvili, gave a stern warning to both parties.

"Such a rule of conduct is absolutely inadmissible in court. Now you will be given an official warning that if it is repeated, the court will apply the sanctions that the court has the right to apply. Now we will listen to Mr. Mikheil, especially since he talked about the measures taken against him right after his arrest. This is well known because we all watch TV. The court cannot stop the accused, and if he wants to state his position on these issues, he is absolutely free in this part. You, as the prosecution, should also be interested in hearing directly from Mr. Mikheil everything he is talking about. If you hear of any circumstance that contains signs of a possible criminal act, you will have an obligation to respond. Any person who violates the order in the courtroom, and will hear unnecessary noise or remarks from him, will leave the courtroom," said Judge Kokiashvili.