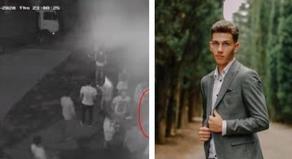 The underage defendant charged with the death of young Georgian footballer Shakarashvili, identified only as Z.Kh., has demanded to override his lawyer.

As the lawyer says, the minor demanded to override him for the part of the charges with organizing violence and participating in it.

The lawyer will continue to represent the interests of Z.Kh., in connection with the charge of premeditated murder.

"The reason for this is that he went on a four-day hunger strike in connection with the last trial, as you know. During the trial, he felt sick, so he asked the judge to postpone the session. The court rejected my client. Therefore, he believes that the court has nothing to do with justice. He is no longer present at court hearings, and told me not to participate in hearings under Article 225," lawyer Giorgi Gelkhauri declared.