Mirian Nikoladze: the footage justifies all arrested are guilty

Mirian Nikoladze: the footage justifies – all arrested are guilty 6 September, 2020  16:15 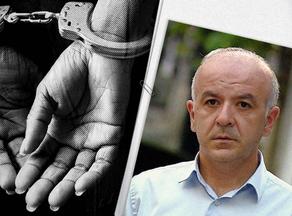 ““It is tragic that a 16-17-year-old boy boasts with his father to take revenge by shedding pools of blood,” – said Mirian Nikoladze, the uncle of Giorgi Shakarashvili.

He responded to the video spread from the Gldani Prison and said the footage justifies that all arrested are jailed for a reason.

“All of you have seen the footage; it is clear that no one is arrested for nothing. They are arrested for Giorgi’s murder. Unambiguously, it is obvious from what the boy said that he tried to mollify them but failed. It means that his allies had beaten Giorgi to the death. You also listened about Revazishvili’s fears regarding the DNA on Giorgi’s bag,”- said Nikoladze.