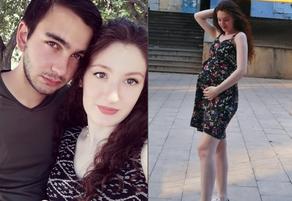 Goga Gzirishvili, accused of murdering his pregnant wife Keta Kepuladze with special cruelty, was sentenced to imprisonment as a measure of restraint. The decision was recently announced in the Tbilisi City Court.

The imposition as a measure of restraint on the detainee was discussed at today's session.

The prosecutor's office demanded that Gzirishvili be detained as the most severe measure of restraint.

The Prosecutor's Office of Georgia filed charges against the detainee for the premeditated murder of his pregnant wife with special cruelty yesterday.

According to the agency, in order to intentionally kill, the accused stabbed his pregnant wife with up to thirty wounds in various parts of her body.

The victim died at the scene as a result of the injuries sustained.

The detainee faces 16 to 20 years or life imprisonment.