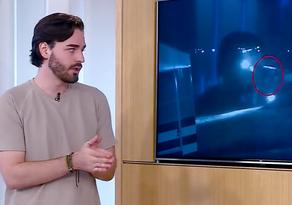 "Two minutes after Toyota Camry stopped, silhouettes are detected against the background of the bridge - these are Gagnidze and Revazishvili. The video confirms the fact that they do not pursue those who are running away, but stopped 10-15 meters away and continue their way rapidly," said the brother of Nikoloz Revazishvili, who is one of the accused over the case of the death of teenage Georgian footballer Giorgi Shakarashvili.

He provided Report.ge with footage of actions of people in Toyota Camry, namely, Gagnidze and Revazishvili.