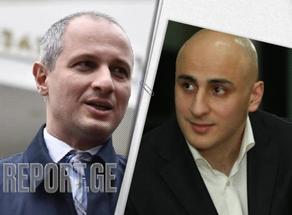 The trial of Nika Melia, the chairperson of the National Movement, has been postponed for a week.

At today's hearing, the prosecution presented two witnesses, and the defense acted against them.

Nika Melia's lawyer requested the postponement of the trial, saying that the prosecution had violated the agreement before the court. In particular, according to lawyer Giorgi Kondakhashvili, the prosecutor's office did not inform them in advance what evidence was planned to be examined at the hearing.

Giorgi Kondakhashvili named the necessity of meeting with Nika Melia and agreeing on a defense strategy as the reason for postponing the sitting.

According to Prosecutor Amiran Guluashvili, he does not always know in advance which witness will appear in court. The prosecutor stated that a few minutes before the trial began, it became known to him that witnesses would be able to come to court.