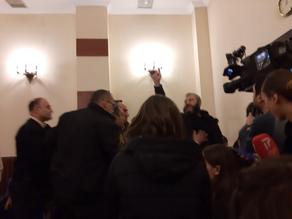 After the statement, Zaza Saralidze threw his son's photos at the lawyers and left the process shouting that Kalandias and Subelianis killed his offspring.

Saralidze noted, he will not attend the sessions.