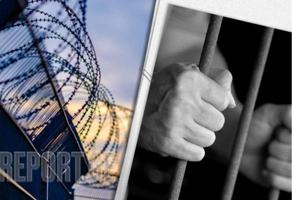 Tbilisi Appeal Court found the former head of the Department for the Execution of Sentences of the Ministry of Justice of Georgia guilty of abusing and inhuman treatment of prisoners and upheld the court's decision.

The investigation by the Prosecutor's Office of Georgia established that on March 27, 2006, D.Ch., with other senior officials of the Department of Corrections and Special Forces, they beat and verbally humiliated four prisoners.

A wave of protests spread to two neighboring penitentiary institutions, followed by a harsh suppression of the so-called "prison riot".

According to the verdict of the Tbilisi City Court dated October 28, 2013, D.Ch. was found guilty in absentia. He was sentenced to three years and nine months in jail, a fine of 3,000 GEL, and two years and three months of deprivation of the right to hold public office.

In June 2020, D.Ch was extradited to Georgia from Germany in an appropriate penitentiary institution.