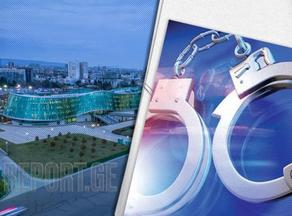 Employees of the Old Tbilisi Main Division of the Tbilisi Police Department arrested B.Gh., born in 1994, convicted in the past, and wanted in the case of attempted premeditated murder. The Ministry of Internal Affairs spreads the information.

The investigation revealed that the mentioned person on May 29 of 2021, on Uznadze Street in Tbilisi, near the "Abkhazian Education Center," using a cold weapon, inflicted wounds on the body of L.S., born in 1999, and fled the scene.

As a result of operative and investigative actions, the law enforcers identified the accused on May 31 of 2021. B.Gh. was charged in absentia. On June 2, based on the judge's and the prosecutor's decision, B.Gh. was declared wanted.

The law enforcers detained the accused in Tbilisi after operative-investigative measures.

The investigation is underway under Article 19-108 of the Criminal Code of Georgia, which stipulates attempted premeditated murder and carries a maximum sentence of 7 to 15 years in prison. Detained B.Gh. got placed in a penitentiary institution.