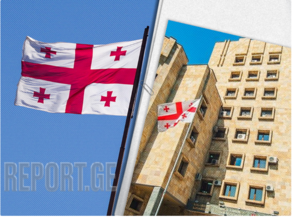 The Prosecution has opened a transnational crime. According to the agency, seven criminal group members, who embezzled large sums of money through the fraudulent financial scheme between Georgia and Germany, were arrested.

"Georgian Prosecutor's Office, in cooperation with the German side, has arrested seven members of a transnational criminal group. The large-scale event took place simultaneously in two countries, at dozens of different locations.

The investigation revealed that: In 2015, citizens of Georgia and the state of Israel formed an organized criminal group, whose members fraudulently embezzled millions of euros belonging to citizens of the Federal Republic of Germany and legalized illicit proceeds of crime.

The members of the organized group established six limited liability companies in Georgia, on the basis of which they organized the so-called call center. Dozens of e-commerce platforms have been set up for the so-called call center to operate fraudulently, which allowed the fraudulent extraction of funds from the user into the bank accounts of members of the criminal group.

The staff of the so-called call center, according to the pre-designed plan, used fake phone numbers to contact the citizens of the Federal Republic of Germany and other countries, introduced by fictitious names, and offered to participate in e-commerce of securities, stocks, commodity assets, currencies, and cryptocurrencies.

The scheme legalized the fraudulent misappropriation of 9,490,991 euros, 716 642 USD, and 218 000 British pounds. Seven members of the group were detained on the territory of Georgia.

Six of them were charged. The investigation is underway in active cooperation with the German side in order to identify and expose other individuals," mentions the statement of the Prosecution.