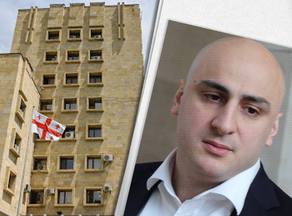 “In the event of compliance with the bail conditions, the prosecution stands ready to submit the motion to the Tbilisi City Court on releasing Nika Melia on bail,” prosecutor Amiran Guluashvili said at the briefing in the Prosecutor’s Office.

Another statement on Nika Melia’s case has been made at the Office of the Prosecutor General today.

Additionally, the Court of Appeals has refused to subject the complaint of Nika Melia’s lawyers to further court proceedings.

UNM head Nika Melia was arrested at the UNM office on 23 February.