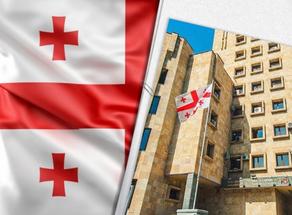 "Z.G. illegally, secretly filmed a video of private life with an acquaintance in 2019, which he also illegally kept.

Law enforcers arrested Z.G. on June 10, 2021. He was charged under the first part of Article 157 of the Criminal Code of Georgia, punishable by 4 to 7 years in prison.

The prosecution will apply to the court within the time limit established by law and request detention as a measure of restraint for the accused," the prosecutor's office said in a statement.