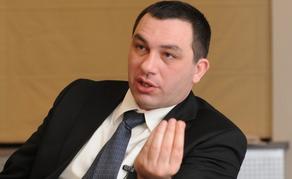 Giga Bokeria, one of the leaders of European Georgia, is summoned to the Prosecutor General's Office for questioning. The leader of the opposition has his terms. According to him, he will attend the process only if there is a magistrate judge.

"This is an old case, which was forgotten for over five years or more. Now they remembered it at this particular political moment. Bidzina Ivanishvili announced the arrests. I don't know how far they will go, but this looks like it," Giga Bokeria said.

According to the Prosecutor General's Office, Giga Bokeria is being summoned to the ministry for a criminal case related to possible abuse of power.

"The investigation has questions about the agreements concluded by Giorgi Bokeria during his term as National Security Council Secretary," the Prosecutor's Office told report.ge.