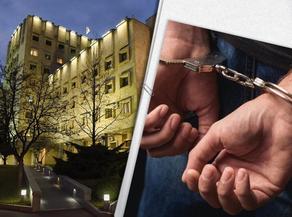 Arif Yusupov faces about a year in jail.