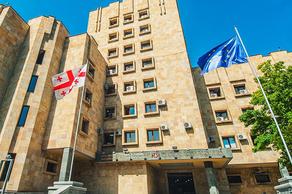 ''Lawyer Nika Gvaramia has used offensive language against the prosecutors, and at the next court session, we will require that he be forced to leave the courtroom,'' the statement by the Prosecutor's Office of Georgia reads.

Following the statement, Gvaramia was involved in the 29 Nov trial hearing as Mikheil Saakashvili's lawyer.

The statement goes on to say that the insulting words Gvaramia used against the prosecutors were left unnoticed during the court proceedings; however, the prosecutor's office launched an investigation after the proceedings were televised.

''The Prosecutor's Office of Georgia has already addressed the Ethics Commission of the LEPL Georgian Bar Association, requesting that they subject Nika Gvaramia's action to legal evaluation,'' the statement reads.