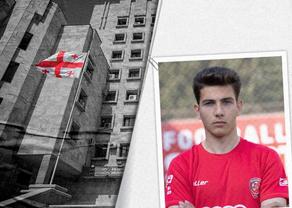 "It is impossible for a person to be in the water for so long and have either DNA traces or microparticles on the body, even in nails. Of course, the findings of this expertise show that the microparticles of the accused were not found on the clothes. Defendants, when they came to us, and when we took samples from them, their nails were cut. They got ready and came to the investigators, so I think they already knew there would be no trace. Consequently, they deleted information and all possible evidence that they had at that time, not only on their clothes and directly on their bodies, but also on their phones. We believe that they removed, and the investigation got deprived of the opportunity to obtain this evidence," Davit Kazarashvili said.

On June 28, 17 people accused in the case of Giorgi Shakarashvili were sentenced to imprisonment.

On July 10, the Prosecutor General's Office released an expert report stating that Giorgi Shakarashvili's cause of death was asphyxiation by drowning. The forensic examination revealed that he had injuries caused by a dense-blunt object before death.

The Prosecutor General's Office has separated the case of 11 defendants in Shakarashvili's case into separate proceedings. Five detainees got additional charges in the case of Giorgi Shakarashvili.