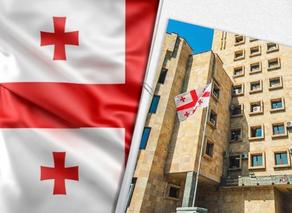 "In the ongoing investigation into the death of TV Pirveli operator Lekso Lashkarava, F.A. was charged with illegal sale, purchase, and storage of a large amount of drugs," the Prosecutor's Office of Georgia spreads information.

F.A. illegally bought and stored a particularly large amount of the drug "heroin." On July 10, in Ponichala settlement, F.A. illegally sold a part of the mentioned substance. In particular, in exchange for GEL 500, he met the persons gathered on the spot: N.N., A.L., I.N., L.E., T.K., E.M., L.J. and gave them one pack of the substance "heroin" (homemade heroin) in the amount of 2 grams, and the rest of the drug F.A. illegally kept at home. According to the conclusion of the chemical examination, the substance seized during the house search contains 9.4984 grams of the drug heroin.

The offense is punishable by 8 to 20 years or life imprisonment.