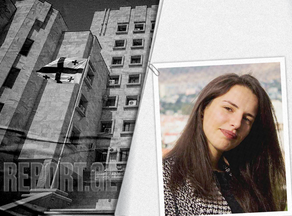 "The investigation was based on information provided by citizen G.T., according to which a relative of the G.T., M.Sh., who needs custody due to mental problems and lives with G.T., has a systematic telephone relationship with Tamar Bachaliashvili's mother Teona Tamazashvili and her lawyer Mikheil Ramishvili. She provides false information that she allegedly knew Tamar Bachaliashvili and possessed some information about her death circumstances. According to G.T., this is not true and must be the fantasy of M.Sh. M.Sh.'s uncle, S.J, also confirmed it.

The criminal case is being investigated under the First part of Article 369 Prima of the Criminal Code of Georgia. All necessary investigative and procedural actions are being carried out within the framework of the investigation," the statement reads.

A new figure appeared in the case of Tamar Bachaliashvili's death, who claimed that Tamar had asked her to take care of her mother if something happened to her.

According to the family lawyer, Mikheil Ramshvili, the new figure in the case of Tamar Bachaliashvili is being pressured and intimidated by the law enforcers.

On December 15, the family's lawyer told report.ge that the investigation agency might end the case under the article leading to suicide. According to Mikheil Ramishvili, the conclusion of the examination is carried out according to the instructions and is based on changed, groundless testimonies.

23-year-old Tamar Bachaliashvili, who disappeared from Ponichala, was found dead in her car in Tetritskaro on July 22, 4 days later.

On September 18, at a briefing at the Prosecutor General's Office of Georgia, it was stated that the cause of death as a result of the examination of the corpse and the summary of the case file was drug intoxication.