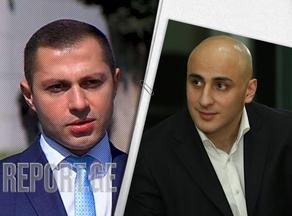 "The defense's position is baseless. A far as we are concerned, no one is deployed outside any specific party's office," Prosecutor Mikheil Sadradze said, adding that the motions need to be well-grounded, as under other circumstances, they may not be compatible with the objectives of the court hearing.

UNM head Nika Melia's judge has refused to recuse herself.