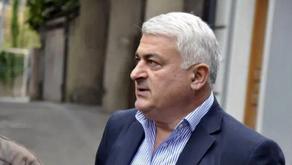 The General Prosecutor’s Office of Georgia has addressed court on the sexual harassment case.

The Prosecutor’s Office has not reported what kind of preventive measures will be demanded for Ilia Jishkariani who was officially charged with attempted sexual abuse yesterday.