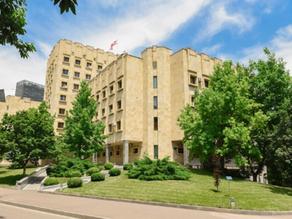 Giorgi Talakhadze, Giorgi Mirotadze and Lasha Khurtsilava stayed at the Prosecutors’ Office during two hours.Only Mirotadze made his comment to journalists upon leaving the Office.

He noted that answering prosecutors’ questions was his judicial responsibility.Giorgi Mirotadze told the journalists that he did not know any of the defendants of the case and had nothing in common with the list of the pardoned.

As for Giorgi Talakhadze and Lasha Khurtsilava, they made no comments after the questioning reasoning it by the confidentiality obligations.