Purtskvanidze not revealing source of information for safety reasons

Purtskvanidze not revealing source of information for safety reasons 18 September, 2020  23:33 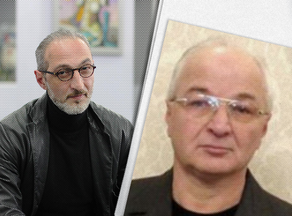 Davit Purtskhvanidze says that he wants to be questioned before a magistrate judge. In his words, he refused to reveal the source of the images for safety reasons.

"My refusal to name the source does not mean I do not cooperate. This information is confidential obtained via an informal means, which is why I cannot pose a threat to the source. Today, I was not interrogated, because I requested that I be interrogated before a magistrate judge," Mr. Purtskhvanidze declared.

Davit Purtskhvanidze refused to disclose information on how he obtained the so-called satellite images, according to Prosecutor Levan Vephkvadze. In his words, Mr. Purtskhvanidze does not want to be questioned, but after the Prosecutor's Office submits a motion to the court tomorrow, he will have to obey the request.

At today's briefing at the Prosecutor's Office, the so-called satellite images released by Mikheil Ramishvili, the lawyer of the Bachalishvilis, were defined as fake, with digital forensics verifying that they had been manipulated. Mr. Ramishvili, on his part, said that the images were given to him by Davit Purtskhvanidze.