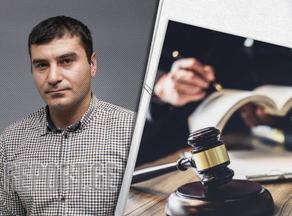 A court trial of activist Giorgi Mumladze detained outside the GD office will be held today. The issue of the application of a remand measure against him is set to be discussed at the trial.

The activist is now in the pre-detention cell.

MIA employees detained Mr. Mumladze at the rally site outside the GD office on 15 April for a refusal to obey police officers and physically abusing them.

The offender may be sentenced from two to five years behind bars.